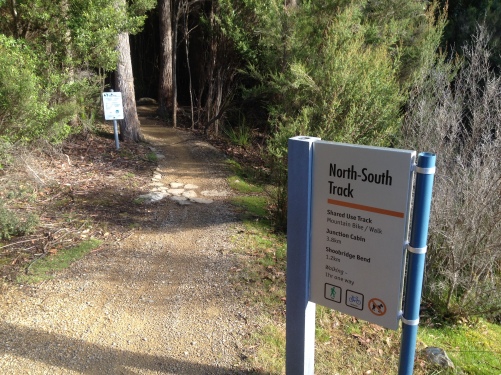 “Aren’t you going to be cold at the top ?” The taxi driver asked as we gained elevation up Hobart’s Mount Wellington. It was a cold & wet autumn morning and we finally broke through the clouds on our ascent up the mountain road, in the battered Toyota Prius taxi. The look on his face when I told him where we were going and what I was about to do was a picture. Obviously mountain biking on real mountains is not for everyone.

As I was in Hobart for only 2 nights I didn’t want to miss out on a run down the North South track which runs bizarrely from South to North. The trail head is at the Springs area on Pinnacle road approximately three quarters from the top of the mountain. The 12km trail had been described as the “best singletrack in Australia”, quite a claim !. After riding a fair bit of the trails in WA although nothing on the east side, my curiousity had got the better of me.

Earlier that morning after failing to find a bike shop that was open to hire bikes past 1pm the previous afternoon I was at the Specialized Demo at the Cenotaph park, after providing my ID/Credit card etc the SWorks Camber 29 bike was being expertly set up for my height and weight care of the Specialized Australia mechanics.  Luckily care of the “Bike Ride” shop in Hobart they had asked me to come to the demo as the store Specialized camber demo bike they had was missing when we got to Hobart just before closing time on the Saturday afternoon. The demo team said come back in an hour once I had a good feel for the bike, but the guys from the shop have me the nod as I had told them I would be riding the North South track. They say the trail takes 2 hours to cycle. 1 hour into my Demo I was still in the taxi after reaching the trail head. 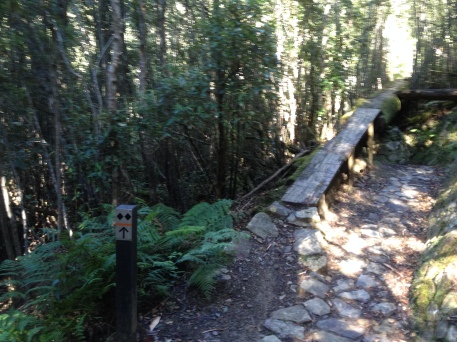 After a pointer from a local guy unloading his bike from a van in the carpark I found the trail head. North South track found, right then…let’s have it. Luckily the forest canopy kept me warm and after a few minutes I could take off the jacket and buff scarf. A few little climbs, dips and bus stops, the trail flowed really well. A few double black diamond obstacles lay to the left or right of the trail. After recovering from a heal bone injury (and a significant threat from the wife about injuring myself again) I left these well alone. The damp bright green moss and the quality of the singletrack reminded me of some of the Afan trails in South Wales where I often used to enjoy riding with my buddies in the UK. 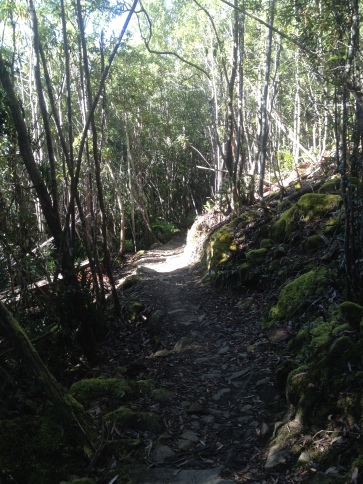 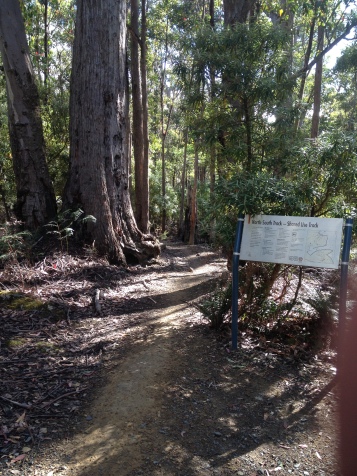 Soon I got to a large rocky field which was quite a spectacle. Less  daunting than it looked, I cleared it ok. Knowing the locals I had seen in the carpark would be catching up soon I was not hanging around. Eventually the trail opened up to a Rangers hut in a clearing. Time for an energy drink and a breather. I chatted with a few walkers and then went to explore the hut. It was a respite for walkers on the mountain in adverse conditions. Luckily the sun was out by this point so I didn’t need to use the hut for its intended purpose. 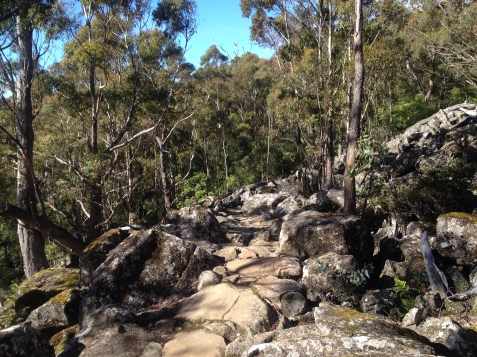 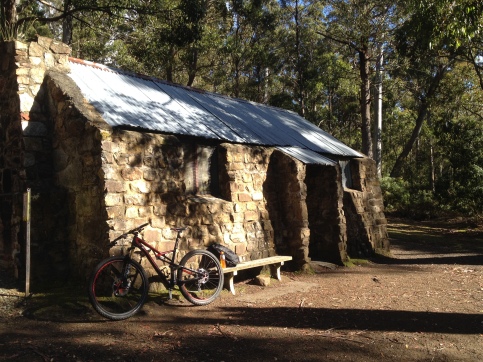 By this point I was getting used to the bike and the next section of the trial was seriously good fun. I hit a few steeper sections, berms and small but floaty jumps, the elevation was now starting to drop a bit. The surface was changing to a loose dusty & rocky base. I was weaving the 29er wheels carefully through every corner, not only because of my wife’s threat, but also the fact that this was my first proper ride on a 29in bike. This section was so much fun, I wish it had lasted a lot longer. 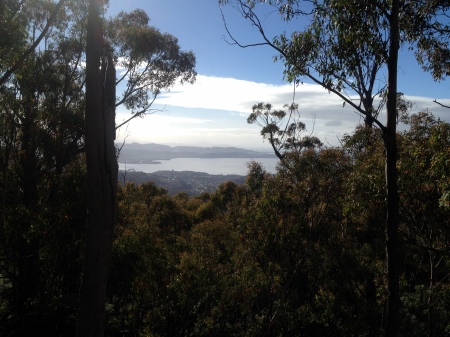 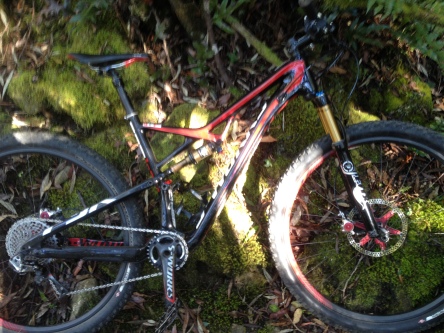 The bike was soaking up everything the trail and I gave it, and was I starting to feel more confident floating the bike over the peaks of the trail. A few river crossings and climbs and I was back to the cover of the forest. The trail carried on with a gradual descent until it steepened up again and started to drop via a few switchbacks into the Glenorchy mtb park. 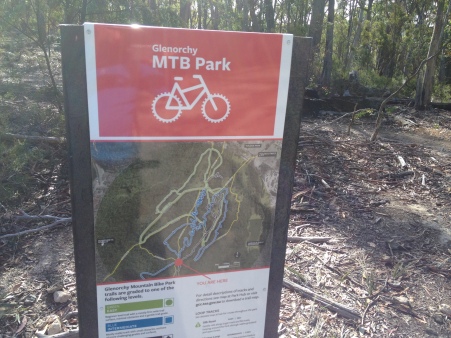 A quick stop to look at the park map, and then it was onward down the North South trail. A few forks avoiding black runs and it was nearing completion . I railed the final berms through the bike park jump section and I could see Tasola park, which I recognised as the exit of the trail. Upset that it was over, but knowing I had a demo bike to return meant a few minutes descent on the road and picking up the bike path back into Hobart. It had taken 1 hour to do the route and now I had to get my head down for a fast 10km hike to get the bike to the Demo in the park. I gave the bike back muddy, with my legs aching and sporting a hugh grin. 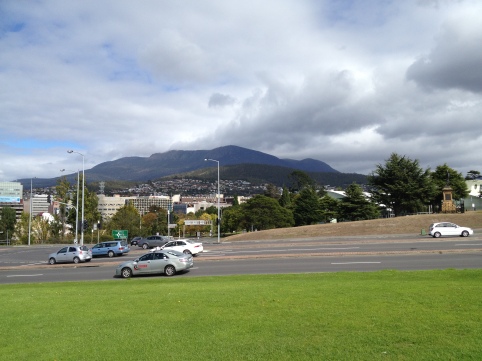 Was it the best trail in Australia – I cannot say, but certainly the best one I have ridden so far :). Overall I was very impressed with the Sworks Camber 29er Carbon, the SWorks carbon crank (XX1 gearing), Command post, and the Roval carbon wheels. It soaked up everything very well, but it felt too big to properly throw around. For now I will stick with the 27.5 Anthem at home. Carbon cranks and rims may have to go on the wish list though 🙂