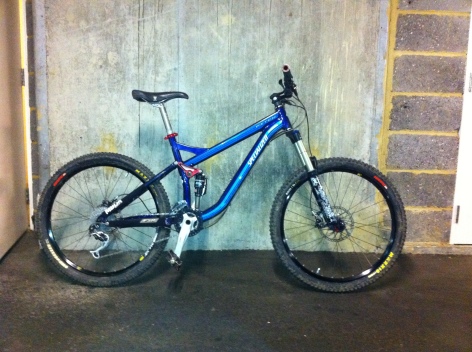 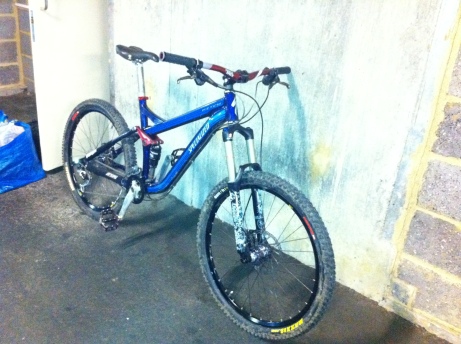 This was another bike I built with the intention of my son riding. I used a Specialized Pitch comp frame (ebay) and Rockshox Sector RL fork. This thing was plush. I was particularly proud of the graffiti design I did on the fork to jazz it up a bit. I also ran with a fox 36 fork. My son did ok on it, especially when going downhill, although found it hard work on the climbs. I have a great memory of this bike, pinning it & thrashing a mate down Aston hill on the red run. It was by far, the most composed bike I had ever ridden on that track.

Unfortunately, this bike was stolen from my garage when we lived in Putney, but luckily one of my neighbours caught the thieves and beat the crap out of them with his num chucks (as you do). Apparently we are lucky he didn’t get his samurai swords out 🙂